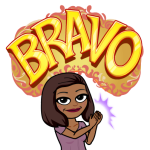 Four women wonder who the presumably single woman is who moves onto their family-friendly Pleasant Court street. And why does she feel comfortable speaking to them so familiarly almost immediately, as though she’s known them all for years? Perplexed, they watch Isabelle, wondering what her intentions are. Essie’s mother has misgivings about the mysterious neighbor from the start. She’s different from their little clan, and vague about her background, so why did she move from Sydney to Melbourne and into their neighborhood?

Each of the three families on Pleasant Court has its own secrets and insecurities that tidily remain hidden within the confines of their own homes, while outside appearances paint a very different, more pristine picture. They’re keeping secrets from their families, and secrets from their neighbors. But the women are slowly becoming unhinged by the various complexities affecting their lives. Fran is trying to run from her problems—literally; subconsciously burning through the fear and regret that prods her every day. Essie is detaching from her familial obligations; her husband and mother worrying about her, especially since her frightful episode a few years back. In their minds she’s fragile and unstable. Ange’s guilty conscience is eating her alive, even though she is the one everybody envies—the one with the great career, gorgeous husband, immaculate home and well-mannered kids. Little do they all know that Ange is insecure about said husband whom she can never seem to track down, and who gives her a niggling feeling about his activities when he’s not at home. What is everyone hiding, and who is the stranger on Pleasant Court?

I like the way The Family Next Door starts out mellow, builds, and then reaches a crescendo. But after that it ends rather abruptly. The psychological buildup was intense, but the end result was tamer than I’d anticipated in some instances. Specifically when it came to the enigmatic neighbor. I think there could have been a little bit more dramatic effect in some cases. However, the story advanced forward easily overall, and I was eager to turn pages. But as far as the conclusion goes, I wanted just a bit more. Other than that it really was a great read. The way and time in which secrets were revealed was excellent. Each revelation came when I wasn’t expecting it and I was blown away by how the author executed those parts. It was very well done. I would definitely recommend this book.

Thank you Netgalley and St. Martin’s Press for an E-ARC of this book, in exchange I have provided an honest review.

19 thoughts on “The Family Next Door by Sally Hepworth”